Anyway - the figures are interesting - for those who want the TLDR the M1’s not a repacement for a decent GPU.

So, here’s what I’m aiming for - the end result… 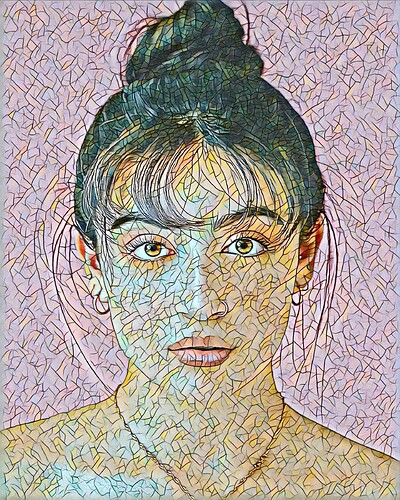 This image will render at a decent speed (i.e. a number of seconds) on anything. However, creating the style in ther first place is a very computationally expensive task. So, I’ve been collecting some timings by making the same model several times.

The Mac M1 does a respectable job about 8.5 hours - this is not exactly what I was expecting. Everyone always goes on about how fast they are… Having said this I am using the very most basic M1 you can get - a M1 Mini with 8Gb of RAM - more memory would definitely help as would a better CPU as found in the more expensive Mac M1s

Top prize goes to Amazon which blows everything else out of the water at 42 minutes. This run was on a AWS server. The server has 16 Gb of RAM (not that I use it) and a decent enough CPU. What makes all the difference is the super fast A10G GPU it has which includes 24Gb of GPU RAM. This is about the speed a 3090TI can manage according to some benchmark figures I’ve read but those things cost serious cash while the AWS server costs a buck an hour… (1 / 1800th the cost of a 3090TI)

Here’s one from Windows to make up for it