I’ve been playing with putting an old idea into reality and so have just finished writing a script that automates taking an image then applies a random style to it, after that it uses the new image as the source and repeats applying new random styles 17 more times.

I outlined this idea a few years ago on Genetic Styles – Peardox but my rubbish old PC wasn’t up to testing the idea out properly - new PC, let’s give it a go…

I used this as a base image 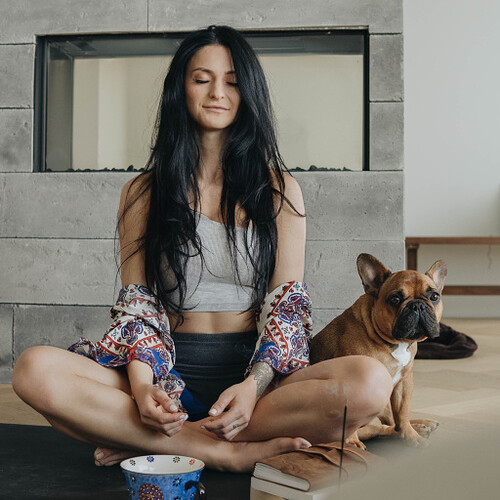 Then I ran my script on the image 16 times. This is somewhat slower than my 10,000 GAN images experiment. There I could manage 14 per minute using the Russian Cloud PC but this version applies 18 styles to a single image so is somewhat slower - 3 1/2 to 4 minutes on new PC. I’ll try it out on Russian Cloud PC later (when it goes free on subscription) - I expect that one to manage at least double the speed as it’s GPU is supported by DAE.

The results look a bit samey at first glance but if you examine the full-size image there is some deeply fundemental extremely cool variation even in similar looking results. 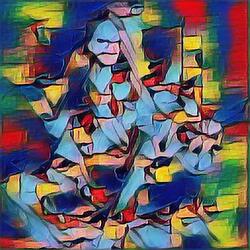 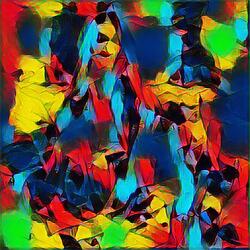 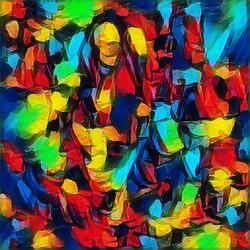 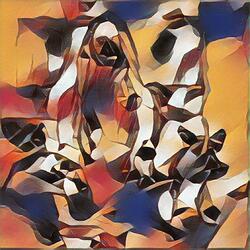 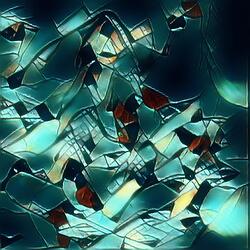 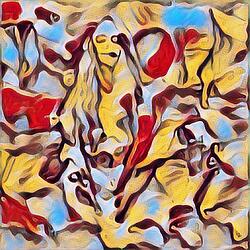 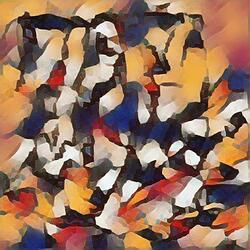 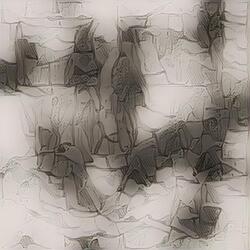 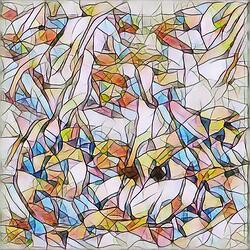 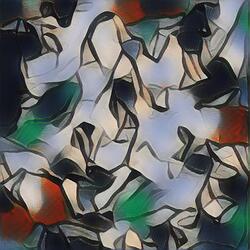 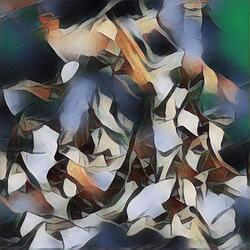 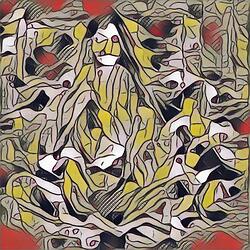 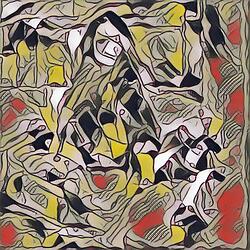 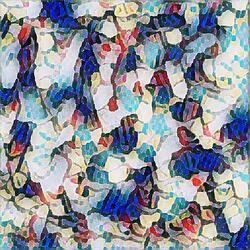 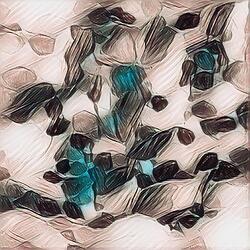 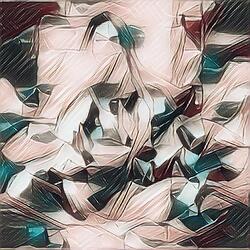 Unlike the GAN stuff these images are repeatable - well, they are if you know the 18 styles chosen and the order of application (it’s actually encoded in the filenames). If you don’t have that code you’ll never be able to reproduce the image - you might get close, just never exact.

Even the brown blob looking image in the middle of them is cool if you look at it full size!

You can, of course, do exactly the same thing by hand but that’s a very boring process that’s easily messed up.

Now - time to plan making 4,000 of the things - 64 base images with 64 variants each. Should take about 16 days, possibly less, using the Russian box. I’ll find out later before I start another run of GANs - aiming to complete my current target of 25k images tonight (got 18k so far, the remaining 7k will take about 8.5 hours)

Yeah, I’ll have to get rid of that bit of that (very old) article - my bad. That was using really basic .bat scripts anyway so if you wait a little while I’ve got some new scripts that automate my recent experiments.

The first one I’m about just about ready to let loose on the world is one for automating the production of GAN images en-masse. It’s a simple PHP script that just automates naming the output file. While PHP is usually used to create web sites it can also be used as a handy automation tool - it’s a lot more advanced than a bat file and a lot less confusing than powershell plus it runs on anything.

The one that relates to this post is somewhat more complicated (hence writing these in PHP). In order to create truly random numbers the Abstract script takes a 128 bit number and repeatedly divides it by 122 (number of styles DAE has) working out the remainder each time - I’ll explain it properly when I write that one up. Anyway the end result is a script that generates the kind of stuff I show above easily from a given inout image.

This particular script isn’t exactly user-friendly at the moment as I’m still experimenting with the concept. Basically it works very well if the original image is 512x512 but larger images look pretty rubbish (a common failing with DAE). One work-around I’ve been playing with is super-sampling the resultant image which then gives you a 2048x2048 image, that works pretty well as DAE has already mangled the original image so any artefacts don’t show.

I guess the best way to use this particular technique is to take an original, resize it to something in the 512x512 area (I’ll have to play to work out how aspect ratios affect things) then blow it back up.

As I say, you can already do the same thing manually - it’s just mind-numbingly boring.

Something else I wanna try is a fade between images - that may look quite cool.

So - GAN article, sometime this week. Abstract Article - prob after Christmas (I’ve got a game to finish writing as well y’see). I’ll also be doing some YouTube stuff to link with the articles. It’s all on my ToDo list.

This does sound very interesting. I would love to try it out even though I know nothing of PHP.

While you mention it, is there any way to select the DAE styles by deleting some of them from the list held in the relevant directory?

Deleting stuff in DAE just results in them being re-downloaded

Using scripts (it’s not THAT hard) you get far more control over what you’re doing though so you could, for example, remove some of the styles from my script and it wouldn’t use those.

Someone (Was it you? The question makes me think so…) asked about batch processing a set of input files with a selected set of filters. This is the kind of thing you can do with scripts easily. For that particular use I’d go for having a directory with the files you wanted styled and another to recieve the output then simply run the batch as a script processing each input image with each style and saving the result in output dir - at least that’s the basic idea,

I’m writing a little application to show off the lots of AI Images as ATM - I’ve got a batch of 34,434 running which won’t finish until tomoz PM (34 hour runtime) - got the speed up to 1000+ per hour using Linux

This is just to get my collection up to a nice round 100k - Hahahah!!!

As a note - I’ve currently got 65536 (64k) AI images - I’ve run them through a UUID digital signature function and so know for a fact that no two are identical, some are horrid - but that’s another story :).

The tutorial will include the PHP script and full idiot details on what to do - I used to have to write these things for a living so I know how to make them clear and pretty fool-proof.

Then I’ve got two games to finish - both feature DAE art.

So - in the new year I should get a chance to write this particular one up.

Thanks - idiots guides are the only thing that works for me.

Good luck with the other projects.

Stupid little application took way longer to write than I though. Looks like this ATM (still finishing it) 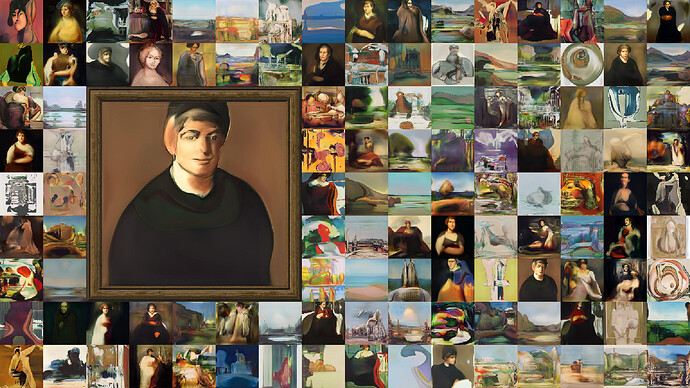