How to specify which GPU to use with DAE

My laptop’s built-in GPU is compatible with DAE’s GPU version.

I have an eGPU with a 3060 that DAE isn’t compatible with. If I unplug the eGPU (and wait for my monitors to stop freaking out) I can then run DAE and it uses the laptop’s GPU and works fine. The problem is if DAE crashes from memory issues I have to repeat this process of unplugging and launching since it defaults to my 3060. Task Manager shows me that it chooses the 3060.

Any suggestions to have it launch using my laptop’s GPU instead of the better card? 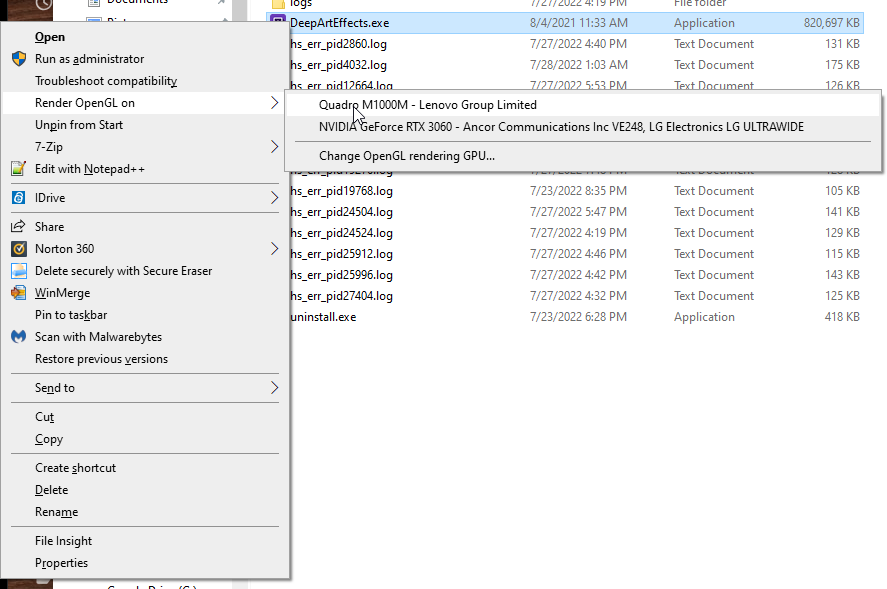 I also tried the context menu from Nvidia but it still only uses my 3060.