For the last 18 months I’ve been without a GPU which, understandably, makes DAE-ifying images somewhat time consuming.

I just tried out one of the Cloud Gaming PC offerings - it wasn’t very good. Although it reported really well on some tests using a 2070 equivalent GPU it was next to useless as it only let you install games from Steam and/or Epic - not what I was after at all, really.

After my beta trial of the realy nice but useless offering I did a little shopping around today discovered a Russian company who offer a full Windows 10 desktop with the equivalent of a 6GB NVIDIA GTX 1060 class GPU (something in that region anyway). The machine also has a good 4 core CPU, 28 GB main memory and 400GB disk. All this is far better than my aging, ailing laptop could ever hope to aspire to in terms of raw power.

I’m running some tests on the machine which I’ve got for a month for the princely sum of £7.50 between 10PM and 10AM UK time (when the Russians are sleeping). You can also buy the thing by the hour at any time of the day but that’s more expensive (and I’m poor). The middle of the night is actually when I usually work anyway so it’s no real issue as far as I’m concerned. If I want to render out some video (I will) then nightime is perfect for doing it anyway.

One issue with a Cloud PC is of course that you need good Internet. Mine’s not great but then again I’m not bothered about how many FPS some game plays at (well, a little maybe, I’ll touch on that at the end)

While typing this I’ve had the Russian machine rendering out a test image using Artistic AI with GPU Power - it took about 40 mins. I then tried the same test on my laptop - which estimated 21 hours for the same job, needless to say - I aborted that run

If you’ve never tried Artistic AI, well, it’s the most demanding thing you can ask DAE to do - it really puts any computer through some serious processing. It is also capable of producing some of the most interesting effects but it takes FOREVER (without a GPU)

This all looks very promising, I’ll write up a full report once I’ve had a proper play with it. I should also be able to produce a video tutorial showing how to get the Cloud PC running with CUDA (I suppose that’s a little bit of a spoiler - yep, this machine is GPU-ing with CUDA).

I’ve only had the thing for a little over four hours and there are some issues. The main one being that the PC is Russian - WIndows is Russian, Chrome is Russian - you get the idea

OK - gaming and FPS - well, I do have an interest in Gaming but I’m more on the supply end of things though (developing stuff to make games). I keep abreast of the latest RPGs - don’t understand why eveyone wants to run around with guns shooting people, gimme a sword + spell book any day. To this end I purchased Divinity Original SIn 2 as its very well regarded. I have to play it with minimal settings at 1366x768 - and it chugs, The Russian machine runs at full HD with everything cranked up to max settings - a nice diversion from my usual PC activities…

I played through most of Original Sin 2 with my ex. Then she cheated on me with someone from online games. Gaming was my favorite thing to do. I grew up on QUAKE. Now I do music, but it’s not the same. I have a new girl now, and we are struggling. Never let a woman all the way in.

So, experimentation with the Russian machine… After some initial playing around I decided to try a fairly large Artistic render with a Flame for the style using these images 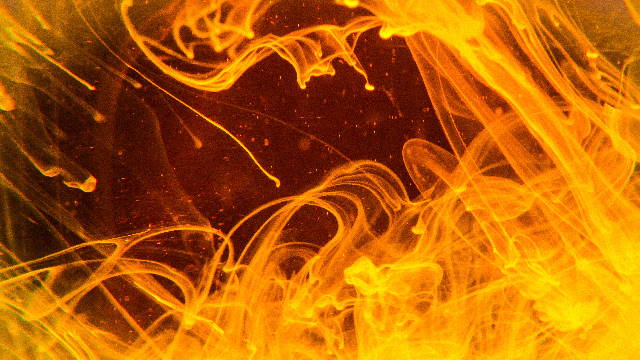 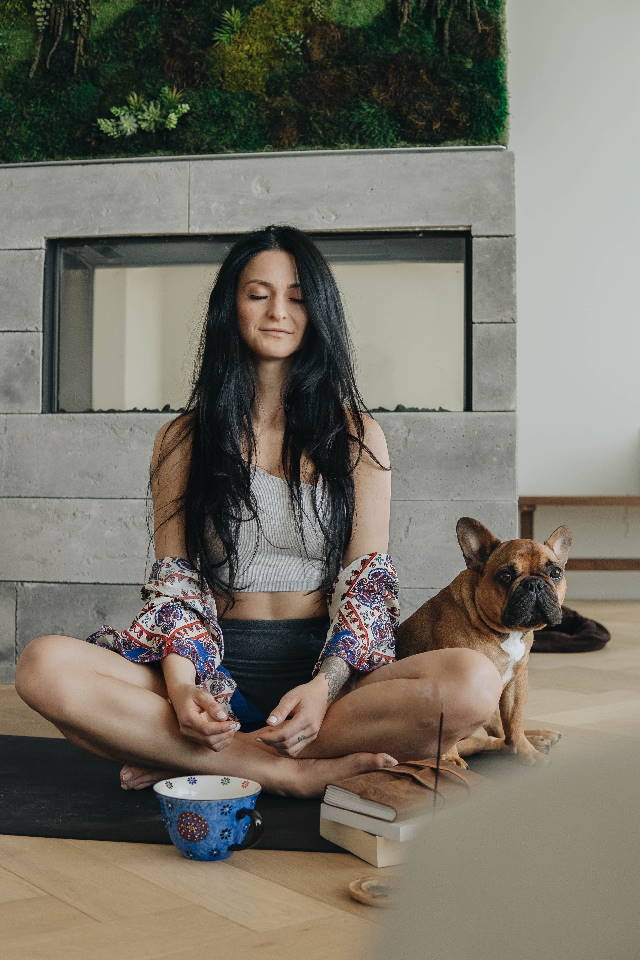 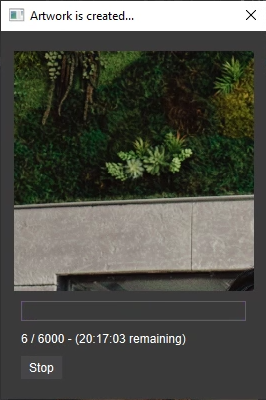 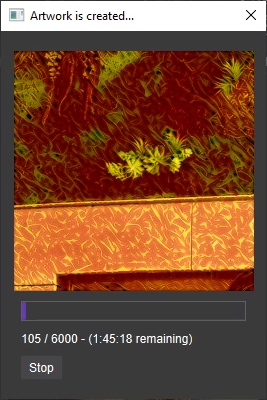 A day for a render on CPU - forget it! Under two hours - OK, I’ll play with that, it actually took about 90 mins in the end and I got this…

This is much more flexible than the standard styles that come with DAE - if you look closely at the image there’s a lovely fire grain effect running thru it.

So far so good - my Logo wants some work (like actually doing it) so I’m running a three hour job ATM with the same filter on an image I have for that that should work well as a text-texture over the original adding an interesting flamey text for the name to the project.

The cheap little Russian box is definitely worth the cash - no other way I can afford a GPU. The Russian overnight time deal is great value but I already want to play with it during normal hours.

At the moment it says it’ll be wiped in a week - it’s an upsell to get me to fork over another 2.50 to save the disk. I actually want it wiped and in about a week is good timing. Once its wiped it’ll go back to Russian then I can make a video on switching it to your language of choice. Actually, I should be able to automate that - need a wiped machine to try it on tho in the first place.

Is it more expensive to get an English speaking server?

The only similar deal I can find is from https://shadow.tech/ but they cost 30 pcm, have a long waiting list and were reported to be in financial troubles recently.

The Russian one is available today and, if you only use it overnght (Russian time) only costs 7.50 pcm

I just checked the Shadow site, they want 30 from me today and will let me have it in three days they think (reading their forums this seems not to always happen). The last time I looked, which was only a few weeks ago, they said I had to wait until Aptil 2022 but give them the money today.

The russian box works, I’m on it now on another PC actually, and while the GPU ain’t as good it has got decent memeory + storage and there’s no waiting involved. They even have a one hour free test so yu can check it out.

I can’t afford a new PC but I can just about afford 7.50 a month for something that’s better than my own PC

Oh word, I wasn’t trying to say anything negative about how much it cost. Sorry if it came off that way. It’s just, you obviously have coding accumen, do you work in software development? If not, you should! Obviously an english speaking server would be more suitable and I thought they were easier to to be had. Doesn’t Nvidia have cloud-based servers available for “developers”? Have you checked out google’s cloud coding experimentation system also?

The Russian box is the most afordable semi-capable solution I can find and given my fiancial situation (I’ve got sod all money) its a good deal (the Windows looks dodgy, it’s an evaluation copy…) - still it’s got 6 Xeon CPUs, 28Gb of Ram and 1/4 of a P40 (server GPU) and 400Gb SSD so I’ll make do with it.

The aternative is my six year old laptop - it was good when I bought it but it’s fairly useless these days. Currently using the GPU causes the power to fail after a few minutes so I’ve been running it with the GPU disabled for the last year plus. This w/e I discovered there’s a BIOS update so I installed that hoping it will resolve the power loss issue - time will tell.

The BIOS update resulted in the Windows Boot not being functional so after backing everything up via Linux I had to re-install everything. That resulued in Windows 10 Home - I need Pro, I paid for it five years ago - cost 200 but Windows wouldn’t accept the license earlier today. Finally about 30 mins ago after contacting M$ it asked me to acyivate t again so now I’m back at an almost working machine with a suspect aging GPU.

Thank god I found the Russian box - it wasn’t that hard to convert to English and its dirt cheap. I’m prepared to compute when Russia is asleep as its the ony way to afford something better than I own. I’ve got it being displayed on my (also aging) Macbook - that one always gets the crappy jobs - while I resort my main laptop.